Cultural Differences between East and West: A Linguistic Perspective 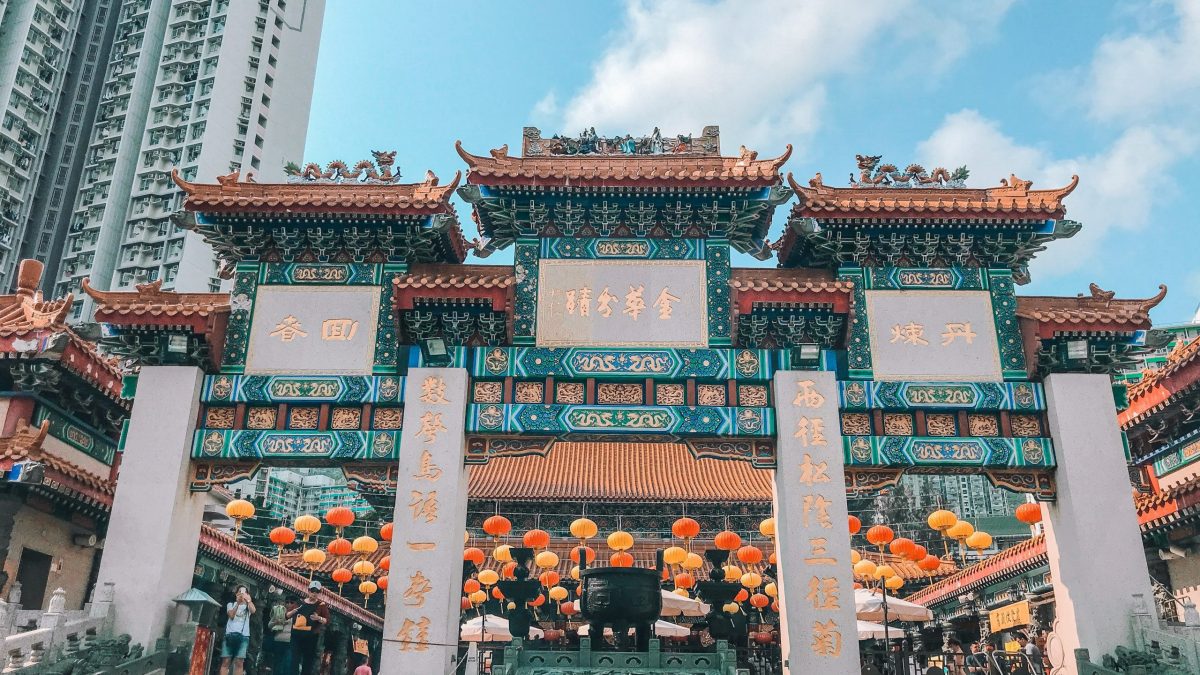 When I first came to the UK at the age of 15, I was immediately overwhelmed by the difference in communication and in culture between here and my hometown, Hong Kong. When I was in Hong Kong, due to the culture there, I rarely talked to strangers randomly. Here, on the contrary, it’s fairly common to talk to people on the street, that you’ve never met before, out of politeness and friendliness.

A couple of months ago, I was sitting in a concert in Glasgow, beside me sat a middle-aged woman. We talked about the musician, the weather, our lives, and it seemed perfectly normal doing so. In summer, I flew back to Hong Kong to spend my holiday there. I was shopping in a boutique and I saw this girl who’s about my age, wearing a very nice white dress with crochet details on the hemline. Preconditioned by the British culture, I approached her with a big smile, and said, “I like your dress. It looks good on you.” Stunned by my behaviour, the girl opened her mouth and looked at me as if I’m an alien or something. This gets me thinking, what makes cultures different around the world?

Having studied Linguistics as my university degree, I think I have found an explanation to that.

Linguistic relativity, sometimes called the Sapir-Whorf hypothesis or Whorfianism, suggests that language influences one’s thoughts. In other words, speakers of different languages are cognitively different from one another as a result of those language differences.

Researchers found that language shapes our mind vastly without us knowing it. It shapes our arithmetical sensitivities, the way we think, the way we see, and so on. For instance, colour distributes continuously (it depends on the wavelength of the light), but it is perceived categorically. In most languages, the number of basic terms for colours is far smaller than the number of colour tones we can perceive. Moreover, this number differs from one language to another – Russian, for example, has 12 basic terms for colors, whereas Dani, a language spoken in New Guinea, has only two: cold tones and warm tones. As a result, Dani people are unable to distinguish among warm or cold tones, say for example, red and yellow, as they only have one word for them. Dani people can only see the world in two colours – warm and cold.

Source: By Paul from Working and living in Jayapura (Papua Province) and Jakarta, Indonesia, CC BY 2.0,https://commons.wikimedia.org/w/index.php?curid=2277626

In this sense, people’s perception and thoughts are molded, or even limited, by the available vocabularies and phrases in their respective language. A concept, a culture, a personality must be originated and cultivated from the language. Cultures contrast with each other because the language itself differs too. Thus, we may account for the cultural differences between the people of the East and West by the languages they speak. Here, I have summed up a few of the differences I have observed having spent a lot of time in both Asia and Europe.

In the East, people usually communicate subtly. When expressing opinions, Easterners tend to use words to conceal their true intention. For example, instead of saying something is impossible, Easterners will soften their tone by using the word ‘difficult’, to avoid upsetting others and making mistakes in their speech.

Easterners will also make themselves inferior than what they really are. It is thought to be a virtue if one is able to put their ego aside and blend in to the society. Generally, modesty and collectivism are highly valued in Eastern cultures.

On the other hand, people from the West are more individualistic — Westerners focus more on showing one’s true colours and being genuine. Westerners also tend not to conceal their feelings and intentions, they say exactly what they mean. Honesty and sincerity are appreciated in Western cultures.

While cheek kissing and hugging as greetings are very common throughout Europe, these behaviours are rare in Asia. In general, people do not favour too much body contact with people, as it is thought to be overly intimate or even creepy. The most common greetings in Asia are nods, waving hands, bows, and clasped hands.

Another Asian communication characteristic, silent gestures, are abundantly common in everyday life. People use gestures instead of talking in various scenarios. For instance, Japanese people place both hands in front of their foreheads as if they are saluting with two hands, to apologise. On the other hand, in Hong Kong, people tap the dining table lightly to thank someone who poured drinks for them. While it may seem rude to the Westerners (tapping the table), the gesture is a sign of appreciation towards others in Hong Kong.