Crisis on the Roof of the World 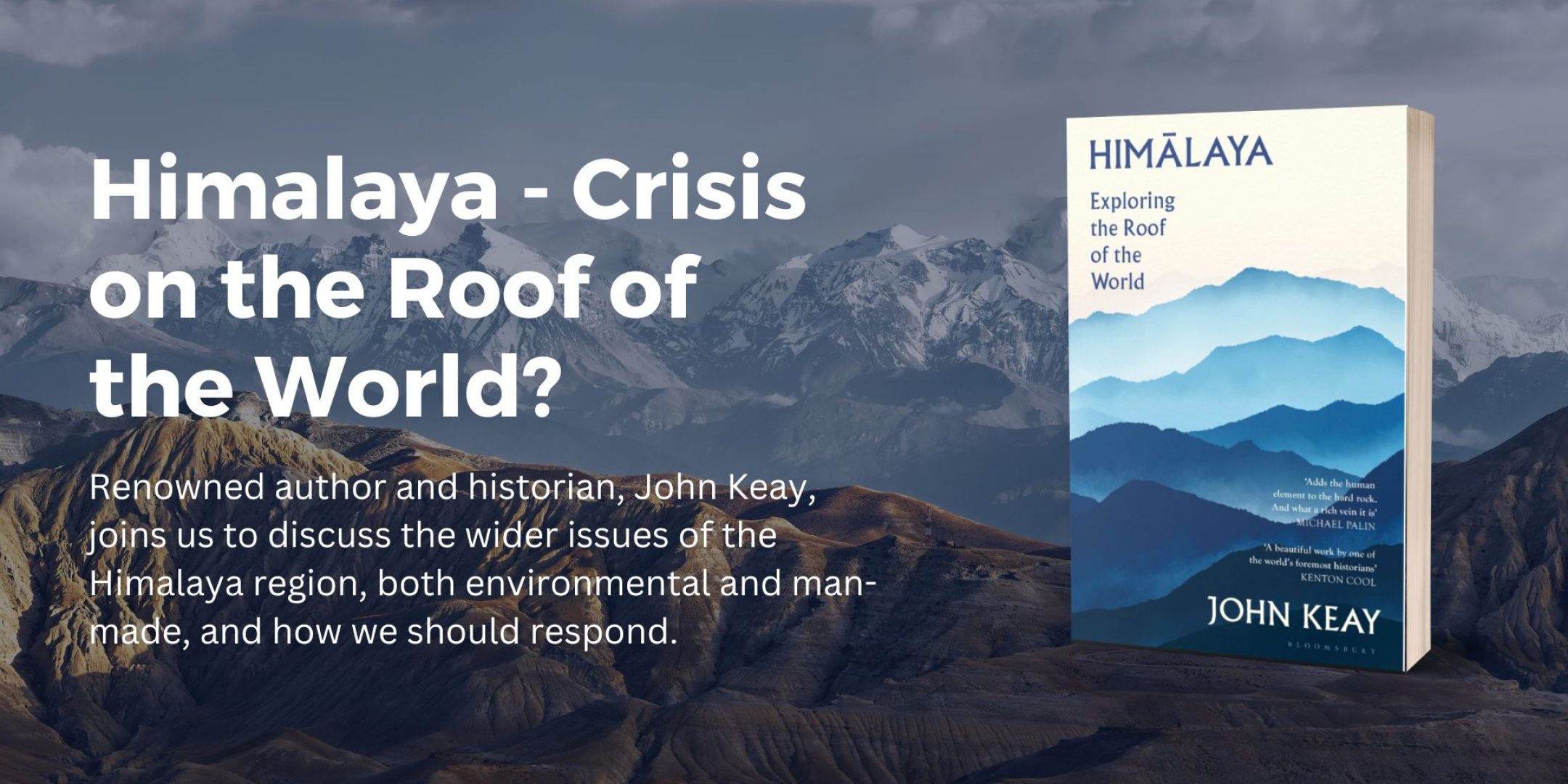 The next Asia Scotland Institute event will be on Tuesday 15th November for an evening at the University of Edinburgh Business School with author and historian John Keay to discuss his latest book, ‘Himalaya – Crisis on the Roof of the World’. The book is a ground breaking new look at Himalaya and how climate change is re-casting one of the world’s most unique geophysical, historical, environmental, and social regions.

The Himalayas are so huge and complex that explaining their characteristics and relevance requires a historian of substantial experience. John Keay has such experience, having written over 20 historical books covering China, India, and other parts of Asia, encyclopaedias of Scotland and London, as well as two volumes on Himalayan exploration.

Empires have collided and cultures have clashed in the Himalayas. Buddhist India claimed it from the south, Islam put down roots in its western approaches, Mongols and Manchus rode in from the north, and, from the east, China continues to absorb what it prefers not to call Tibet. Hunters have decimated its wildlife and mountaineers have bagged its peaks.

The Himalayas, Hindu Kush, and the Karakoram are part of what is known as ‘The Third Pole’, the region that encompasses these mountain ranges with the Tibetan Plateau to the north and the Indian great plains to the south. The ice fields in the region contain the largest reserve of fresh water outside the polar regions, leading to the Third Pole being described as Asia’s “water tower,” feeding major rivers such as the Ganges, Indus, and Yangtze. The region is the source of the 10 major river systems that provide irrigation, power and drinking water to over 1.9 billion people in Asia – over 24% of the world’s population.

Research indicates that the Himalayan glaciers have shrunk by 40 per cent in the past 400 years, with as much as another two thirds of glaciers predicted to vanish by the end of the century. A consequence of this will be a decline in meltwater from the Himalayas, which will result in less river water for people downstream in Afghanistan, Bangladesh, Bhutan, China, Nepal, India, Cambodia, Burma, Uzbekistan, Tajikistan, Kazakhstan, Turkmenistan, Thailand, Kyrgyzstan, Vietnam, Laos, Pakistan, and Malaysia.

The Himalayas is also one of the most complex regions on earth. The mountain range passes through India, Pakistan, Afghanistan, China, Bhutan and Nepal, a region riven by political divisions. In September 2022, China and India disengaged military forces from the disputed Himalaya border area following talks between senior military commanders. This followed deadly fighting between soldiers of the two countries in 2020 resulting from a build-up of Chinese forces and military infrastructure along parts of the disputed Line of Control. Despite the withdrawals, there is a constant risk of conflict in the region.

On another front, tensions remain between India and Pakistan in the disputed Himalayan region of Kashmir, where there are intermittent military clashes between the two sides. During the China-India dispute in 2020, the Pakistan army deployed 20,000 troops on the Line of Control border with India, illustrating how easily tension could develop into war.

The national borders around the Himalayas were not drawn by nature, but largely by the British colonial authorities. The ‘Durand Line’, established in 1893, cuts through Pashtun tribal areas from the Afghan border with Iran to the western Himalayas. The ‘McMahon Line’ is the contested boundary between China and India defined in the 1914 Simla Convention. The ‘Radcliffe Line’ defined the borders between India and Pakistan, and failed to resolve the issue of the princely state of Jammu and Kashmir that chose to remain independent after partition in 1947.

The Himalaya region is home to some of the most complex problems on earth. Join the Asia Scotland Institute on 15th November to understand more about this critical region.