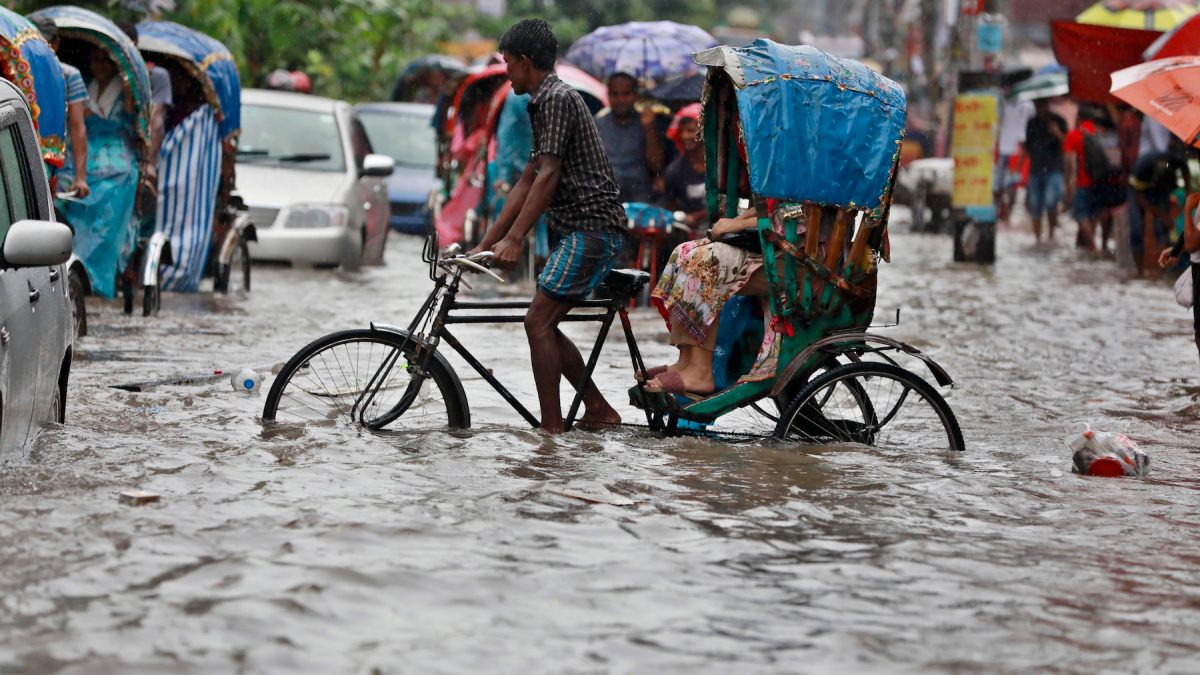 Over the coming days, Glasgow will host the largest and most important sequel to the Paris Climate Accords. The hope is that the momentum generated by that meeting can be revived and a return of leadership from the United States be achieved. The Asia Scotland Institute is particularly focused on the actions being taken by the countries of Asia and the extent to which they too may provide a form of leadership in the face of the acute challenges confronting the world.

The facts surrounding Global Warming and Climate Change are irrefutable. There is a critical need to confront the fact that we have been destroying the world in which we live. So, as we approach COP 26 in Glasgow, it seems a good moment to reflect on how the countries of Asia are dealing with climate challenges.

In their report of November 2020, McKinsey analysts found that “with many low-lying coastal cities exposed to flood and typhoon risk, dramatic increases in heat and humidity expected across the region, and extreme precipitation forecast in some areas, but drought anticipated in others, Asian societies and economies will be increasingly vulnerable to climate risk without adaptation and mitigation”.

A recent article in the blog of the Asian Development Bank comments “Global climate change caused by human activities will continue to be catastrophic for humanity. Climate change is having serious impacts on the world’s water systems, and changes in these systems can have an enormous impact on people’s lives. This is because water plays a critical role in the very existence of all forms of life on earth as the foundation of human well-being and prosperity and a source of life and livelihoods. For example, without water, farmers could not grow crops or raise animals. In Asia, most of the climate change risks come down to water”.

The mass migration of people from sub-Saharan and North Africa is largely driven by climatic change such as flooding, drought and crop failure. Not to mention political threats and unsupportable economic pressures forcing them to seek a better life elsewhere. But their challenge is not unique. The pattern is repeated in South and Central America and parts of the Middle East.

So, in the face of this clear and present danger, what are some key countries in Asia doing? Indonesia is particularly vulnerable to climate change with its rapidly growing population especially in coastal areas, and strong dependence on natural resources for income generation and consumption. With its energy demand growing 7 percent annually, Indonesia must secure resources to achieve sustainable and inclusive economic growth.

In a survey of the countries most resilient to climate change, New Zealand was ranked highest globally followed closely by Singapore. What is the ASEAN group doing about climate change? Several member states have announced voluntary mitigation targets, including Indonesia targeting emission reduction of 26% from business-as-usual by 2020, which it believes can be increased to 41% with enhanced international assistance. Malaysia is also seeking a reduction of 40% in terms of energy intensity of GDP by 2020 compared to 2005.

Typhoons and floods are clearly becoming more intense and frequent as Vietnam and the rest of Southeast Asia bear the brunt of climate change.
At the Asia Scotland Institute we are working with the Indian Government with an event focused on Cleaning the Ganga. Experts will gather on November 8th in a round table discussion and exhibition being held at City of Glasgow College to consider what can be done and what has been achieved in recent years.

Still focusing on climate related issues, we will also be exploring environmental challenges and concerns around the Third Pole of the Tibetan Plateau, with the dramatic melting of ice and the diversion of water from the Himalayas.

We have to act before it is too late. Asia needs to lead the way. Together, we still just have time to achieve the goals needed to save the planet.